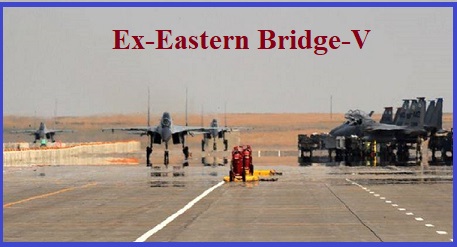 The IAF side comprises of Mig 29 UPG (upgrade) combat aircraft along with C-17 Globemaster transport aircraft. The Royal Air Force of Oman will be fielding Eurofighter Typhoon, F-16 and Hawk 200 combat aircraft in the exercise.

The Ex Eastern Bridge-V exercise will enhance inter-operability during mutual operations between the two Air Forces and will provide an opportunity to learn from each other's best practices," read a facebook post by the Indian Air Force.

India's side will see MiG-29 fighter aircraft participating for the first time, in an international exercise outside India.

Earlier, India and Oman's bilateral exercise was held in 2017 at Jamnagar.

» India and Oman agreed to boost cooperation in maritime security