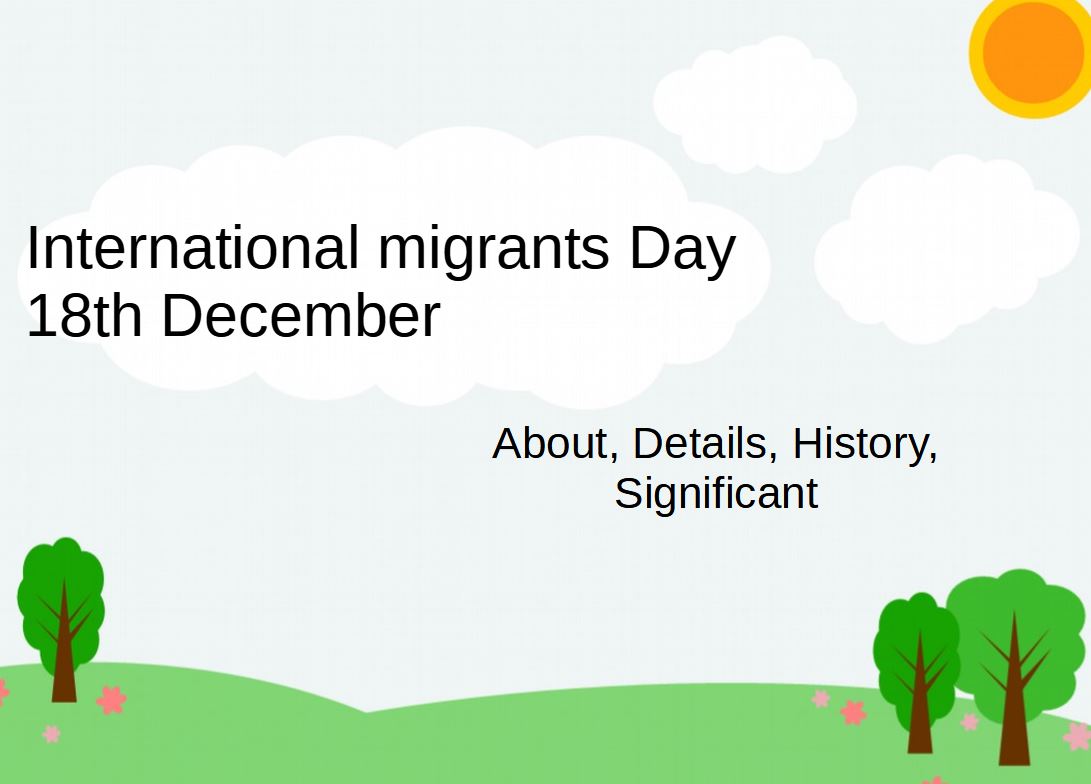 Every year on December 18, International Migrants Day is commemorated. On December 4, 2000, the United Nations General Assembly declared the day.

The General Assembly passed a resolution on the International Convention on the Protection of the Rights of All Migrant Workers and Members of Their Families on December 18, 1990.

Every year on December 18, the United Nations uses International Migrants Day to highlight the contributions made by the roughly 272 million migrants, including more than 41 million internally displaced persons[2], as well as the challenges they face, through the UN-related agency International Organization for Migration (IOM).

This global event, which is supported by events organised by IOM's nearly 500 country offices and sub-offices, as well as governmental, international, and domestic civil society partners, examines a wide range of migration themes, including Social Cohesion, Dignity, Exploitation, and Solidarity, in order to advocate for migration guided by the principle that humane and orderly migration benefits both migrants and society.

Reason and Effect of the Day

Filipino and other Asian migrant organisations began commemorating and publicising the International Day of Solidarity with Migrants on December 18, 1997. This date was chosen because the International Convention on the Protection of the Rights of All Migrant Workers and Members of Their Families was adopted by the United Nations on December 18, 1990.

Building on this initiative, 18 December began campaigning online in late 1999 for the official UN designation of an International Migrant's Day, which was finally proclaimed on 4 December 2000, with support from Migrant Rights International, the Steering Committee for the Global Campaign for Ratification of the International Convention on Migrants' Rights, and many other organisations.

The designation of International Migrants Day by the United Nations is a significant step forward, providing a rallying point for all those concerned with migrant safety. The United Nations has called on all UN member states, intergovernmental organisations, and non-governmental organisations to commemorate this day by distributing information about migrants' human rights and fundamental freedoms, sharing experiences, and taking action to protect migrants.

International Migrants Day is celebrated to honour the contributions of millions of migrants to the economies of their host and home nations, as well as to urge respect for their fundamental human rights.