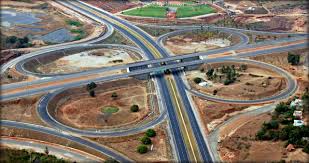 The Eastern Peripheral Expressway is a 135 km long runway stretching from Kundli on NH 1 to Palwal on NH 2. It has two sections, the 56 km-long Palwal-Ghaziabad section and the 49 km-long Ghaziabad-Sonipat section.

The Eastern Peripheral Expressway will contribute towards the twin objectives of decongesting and de-polluting the national capital by diverting traffic not destined for Delhi. It will provide connectivity between Delhi and the cities of Ghaziabad, Faridabad, Greater Noida, Baghpat and Sonipat.

The Eastern Peripheral Expressway has been constructed at a cost of INR 1100. It has 406 structures of which 4 are major bridges, 46 minor bridges, 3 flyovers, 7 interchanges, 221 underpasses and 8 roads over bridges.

On EPE runway, Cameras have been put up every 2 km to check over-speeding vehicles; Facility for rainwater collection at every 500 meters has been made; A cycle track of 2.5 meters has been developed on both sides of the expressway; Solar panels have been installed at various locations which will provide power to illuminate the expressway. 8 solar power plants with a total capacity of 4000-kilowatt (4 MW) has been made by the side of the expressway to generate electricity; Electronic Tolling System; 2.5 lakh trees have been planted along the highway along which will be watered through drip irrigation system; Rain-water harvesting system and drinking water facility been arranged throughout the expressway.