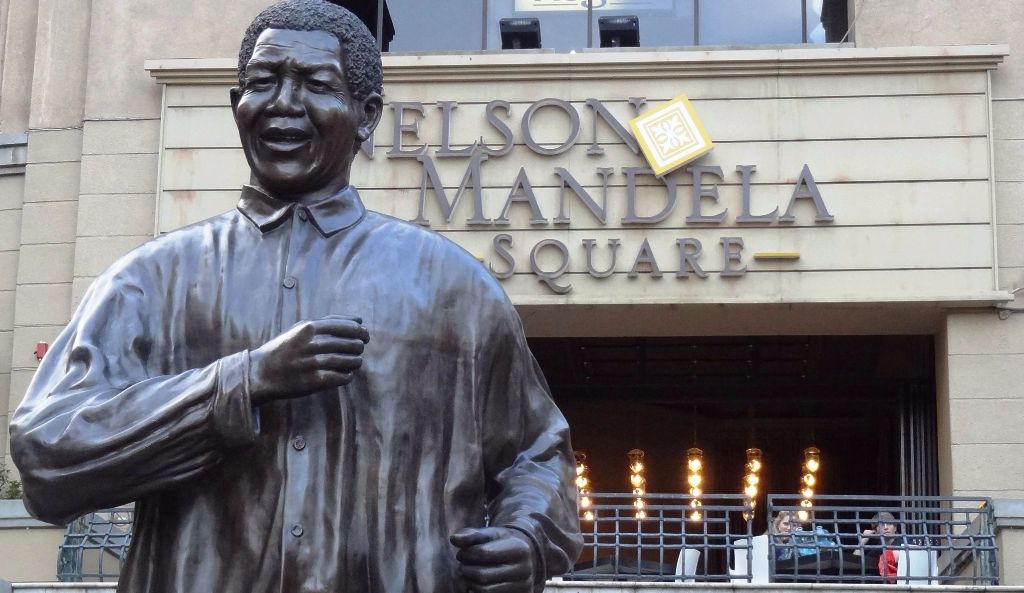 Fakir Hassan Johannesburg, unveiled a memorial of three celebrities in a public park in Durban on November 10, in honor of former South African President Nelson Mandela, Goodwin Jwalithini of Jullu and the spiritual master Swami Shivanand.

The first statue of Mandela and Jewellithini together with a project undertaken by the South African philanthropist and businessman Ishwar Ramlakshman of Indian origin was created in which later Shivanand Shanti Pillar was also added.

Ramalakshman has also been recognized as an adoptive son of Jullu King, who received the title of Mbeka Jullu. On this occasion, Ramakshman said, "I am connected to the King and Jullu of Jullu from the age of 20. I attracted the simplicity of Dr. Nelson Mandela and his contribution in society and decided to honor this by creating this memorial of peace. "Javilithini has set up 14 Shivanand Peace Pillars in the entire KwaZulu-Natal province. Ramalaxmi was praised.

Ramlaxman said, "Shivanand Peace Pillar is a symbol of unity in diversity. They are the source of inspiration and reminding that peace and love should be kept above their human boundaries. "He also thanked the Dalai Lama for supporting this project.

Nelson Mandela statue was unveiled at the United Nations

Nelson Mandela statue was unveiled at the United Nations: De...

» Nelson Mandela statue was unveiled at the United Nations