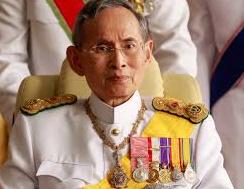 Thailand’s King Bhumibol Adulyadej was in poor health in recent years and he died at 88 years of age on 13th October 2016.

Bhumibol Adulyadej born on 5th December 1927, was the ninth Monarch of Thailand from Chakri Dynasty as Rama IX.

PM Naendra Modi regrets the loss of the King and said that the people of India and he is with the family to grief the loss.

King Bhumibol was the world’s longest running Monarch and was thought as semi-divine.

Hundreds of people have gathered outside the Siriraj Hospital where he died and howled at the grief when the announcement was made.

The Prime minister said that there will be no entertainment function till one month and there will be a mourning period of one year.

Now the new prince will be Maha Vajiralongkorn.