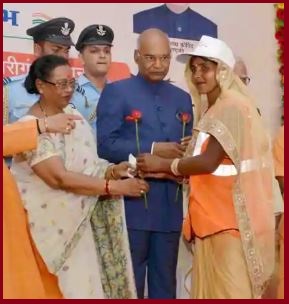 The books are titled as, “The Republican Ethic” in English and “Loktantra ke Swar” in Hindi.

The occasion was also graced by Union Minister of External Affairs, Smt. Sushma Swaraj and the Minister of Information Broadcasting (IC), Col. Rajyavardhan Singh Rathore along with other senior dignitaries.

The Republican Ethic’ is a collection of 95 select speeches in English categorized into eight subgroups — Addressing the Nation, diversity of India, window to the world, educating India, equipping India, the dharma of public service, honoring our sentinels, spirit of the Law & acknowledging excellence.

The book “Loktantra ke Swar” – is a collection of 109 speeches in Hindi which talks about different layers and levels of the multifaceted largest democracy in the world – India and the building blocks of the book are equality, egalitarianism & education.

The event was organized by the Ministry of Information & Broadcasting.