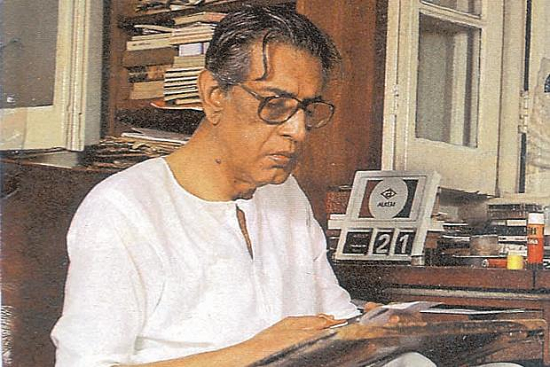 Satyajit Ray was born on 2 may 1921 at Darbhanga Bihar, British India.

Satyajit Ray belongs to Bengali family which was prominent in the fields of literature and arts.

Satyajit Ray started his career as a commercial artist, Satyajit Ray was drawn into independent filmmaking when he meets to French filmmaker during a visit to London.

Satyajit Ray authored several stories and novels Feluda, the sleuth and professor Shonku the scientist in his science fiction stories, are popular fictional characters created by him.

Satyajit Ray was an honorary degree by Oxford University.

Satyajit Ray was awarded by Dada Saheb Phalke in 1985, Legion of Honor by President of France in 1987. The government of India awarded by the Padma Bhushan in 1965 and Highest civilian award Bharat Ratna shortly before his death.