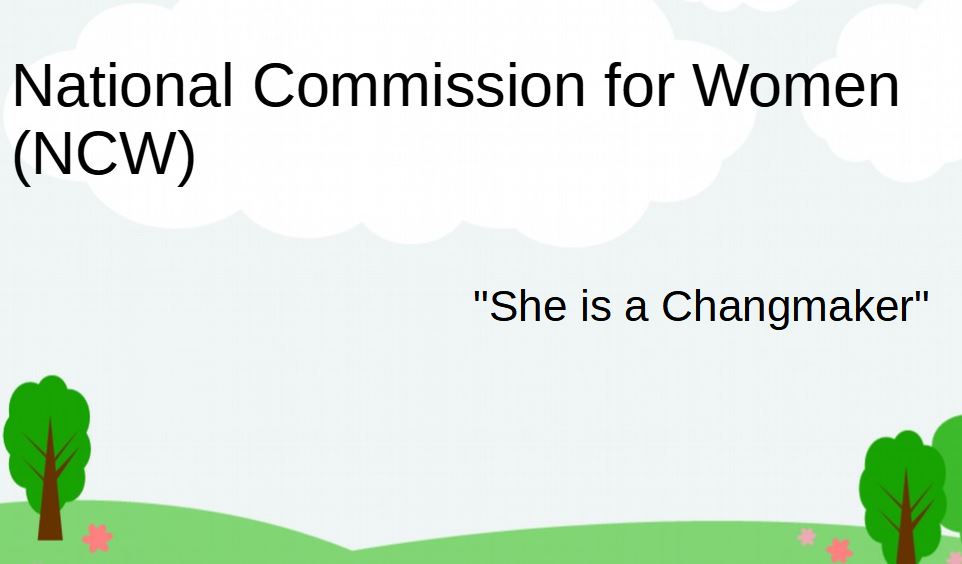 The national commission for women (NCW) launched "She is a changmaker"

The National Commission for Women (NCW) has started the 'She is a Changemaker' pan-India capacity building programme for women representatives at all levels, from gramme panchayats to parliament members, as well as political workers, including office bearers of national and state political parties. Ms Rekha Sharma, Chairperson of the National Commission for Women, kicked off the programme. Women's grassroots political leaders' leadership skills to be improved.

In partnership with Rhambhau Mhalgi Prabodhini, Thane, Maharashtra, the official introduction of training programmes under the 'She is a Changemaker' series was organised.

From the 7th to the 9th of December, a three-day capacity-building event for 'Women in Municipal Corporation' will be held.

The capacity-building programme will be carried out in collaboration with regional training institutions with the goal of improving the decision-making and communication abilities of female political leaders, including oration, writing, and so on.

Union Ministry of Women and Child Development ‘Women i...

» Indore, Surat and Navi Mumbai are top 3 Swachh Cities of India in Survekshan 2020