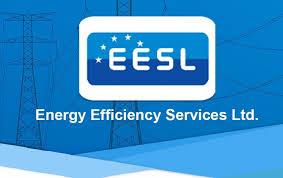 The Union Ministries of power and Textile jointly have launched an initiative SAATHI (Sustainable and Accelerated Adoption of efficient Textile technologies to help small Industries) on 24 October 2017.

Under this initiative, Energy Efficiency Service Limited (EESL), a public sector entity under the administrative control of the ministry of power, would get energy efficient power-looms, motors and Rapier kits in bulk and provide them to the small and medium Power-loom units at no upfront cost.

The SAATHI initiative of the Government will jointly implement by EESL and the office of the Textile Commissioner on a pan-India basis.

To kick-start, the implementation, cluster-wise demonstration project and workshops will be organized in key clusters such as Erode, Surat, Ichalkaranji, etc.

This aggregation, bulk procurement and financing model that EESL has earlier deployed in several sectors like LED bulbs, Smart Meters, and Electric Vehicles.

The use of efficient equipment will result in energy savings and cost savings to the unit owner who can repay in installments to EESL over a 4 to 5 year period.

The Aggregation of demand and bulk procurement will also lead to t the reduction in capital cost benefits of which will be passed on to the Powerloom units to prevent their repayment amount and the period would reduce.