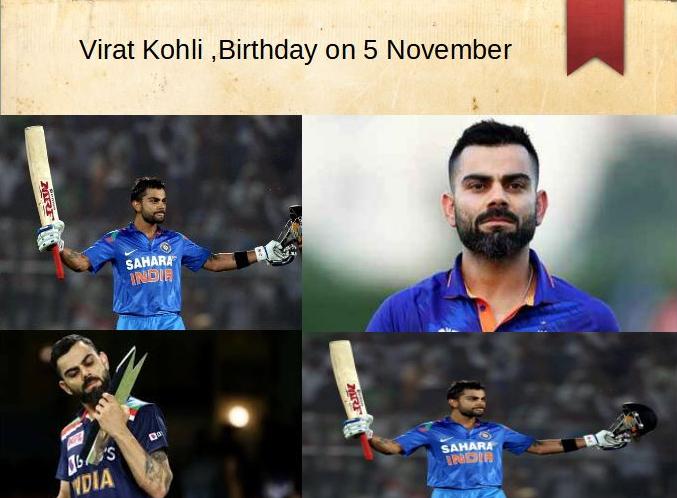 Virat Kohli was born in Delhi on November 5, 1988. He has accumulated 20,000 runs in international cricket across all formats, with 68 centuries and six double centuries to his credit.

Kohli has come a long way since leading India's U-19 squad to World Cup triumph in 2008, and now he is leading the country's charge to dominate cricket in all formats.

Virat Kohli leads by example as the team's captain, and his passion for fitness is no secret. He works out for hours, keeps track of what he eats, and expects his men to do the same.

Virat Kohli has played 86 Tests, 248 ODIs, and 82 T20Is for India and is considered one of the best cricketers of all time. Kohli's exquisite batting has won him millions of fans around the world. Kohli is the best all-around batsman in the world, currently dominating the globe in run-making.

Virat Kohli is the only batsman in the modern era to have scored over 11,000 runs in one-day internationals and has an average of above 50 in all three forms. While Australia's Steve Smith and New Zealand's Kane Williamson are stiff competitors in Test cricket, Kohli's dominance across formats makes him the best.

Despite being India's most successful Test captain, Virat Kohli has yet to win an ICC trophy. India reached the final of the 2017 Champions Trophy under his supervision but was eliminated in the 2019 World Cup semifinals.