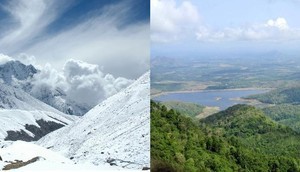 According to gelogical sources, Ganga, Indus and Brahmputra rivers originate in the Himalayas. Himalayas themselves formed in 40-50 million years ago on the planet.

Rivers from Himalayas formed 2.5 Million years ago in Pleistocene Era.

This argument puta hallmark year gap between existence tof two rivers depending on their origination. Kavery might be flowing over a period of 50 million years comparing to Ganga 2.5 million years.

International conference on the protection and preserva...

New Species of Wasp discovered in Western Ghats of ZSI

Zoological Survey of India discovers New Species of Wasp at ...