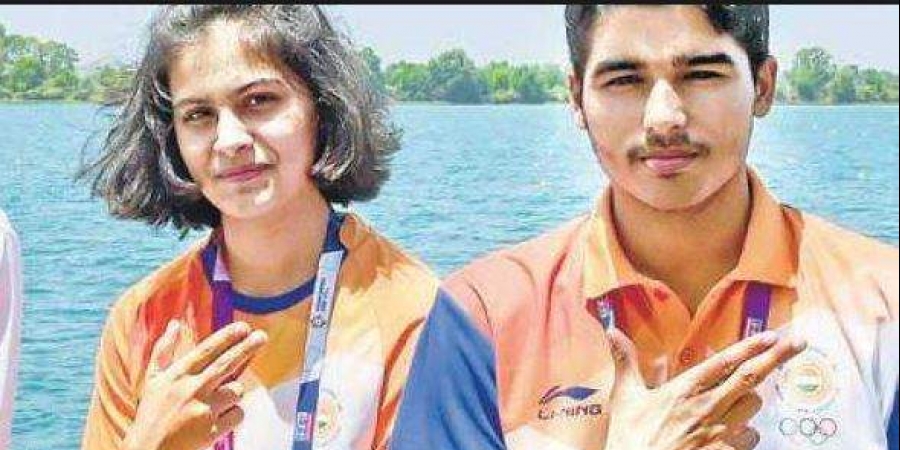 The young shooter Manu Bhaker and Saurabh Chaudhary won gold medals with a new junior world record in the 10-meter air pistol mixed team event of the 11th Asian Airgun Championship on Friday. On the last day of the tournament, the Indian pair defeated the Chinese pair of Wang Xiao and Hong Shukie in the final.

India's junior shooting team won 11 medals including four gold in the championship. Yuva Olympic Games champion Manu and Saurabh made 485.4 points in the final and they were ahead of the Chinese pair's 477.9 points. Another Chinese team won the bronze medal while another pair of India, Abhidnya Patil and Anmol Jain stayed in fourth place. Manu and Saurabh made 762 out of 800 in qualifying. He qualified for second place after China's Wang and Hong.