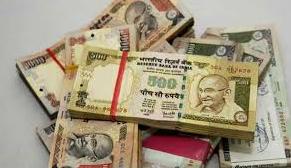 Today Government also announced the limit as to which no questions will be asked for where the amount came but beyond the limit penalty will be charged from the accountholder.

People can deposit money in Banks and Post offices in any limit as declared by Prime Minister Narendra Modi.

For depositing the amount of Rs.2,50,000 no details or enquiry will be asked from the accountholder.

But exceeding that amount, person needs to give information regarding where the amount came from with all necessary details.

If the person is found guilty then penalty of 200% will be charged on the person depositing the amount.