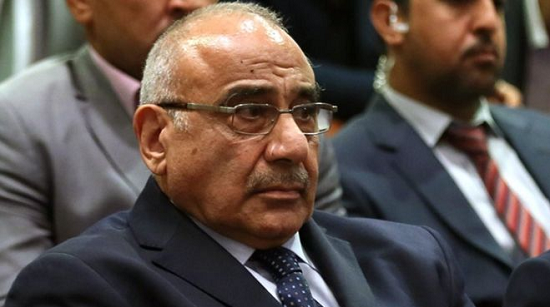 There is still a decision about eight ministries which will be taken before the last date of November 2. The new Prime Minister Adel Abdul Mahdi has a huge responsibility to rebuild the country after the conflict with the Islamic State Organization.

Along with becoming Prime Minister of Iraq, the responsibility of making his Cabinet on the Mahdi has come, for which he has made the mind of giving the opportunity to everyone.

He has launched a website to include Iraqi citizens in his ministry. Abdul Mahdi, while inviting the common people of Iraq, has said that those who have the experience and skills to work, can apply to join the new government cabinet.

Corruption is a big problem in government departments and the government has failed to provide common facilities to its citizens in the past few years. Following the violent conflict over the years, Iraq's infrastructure has been badly affected.

Because of this, many times Iraqis have protested against the government. In such a case, the biggest challenge before Iraq's new government would be to win the trust of the Iraqi people.

Lord Rama imprints found in Iraq: Details, Highlights In a ...

United Nations has re-elected many countries in General Asse...