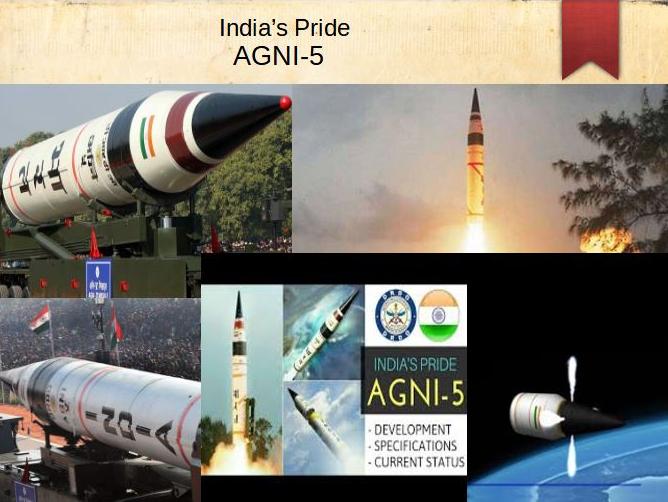 India successfully tested the Agni-5 ballistic missile, which has a range of 5,000 kilometers: The user agency, the Strategic Forces Command, tested India's most advanced Agni 5 ballistic missile for the first time on Wednesday evening, despite the fact that it was integrated over three years ago. India's nuclear-capable missile is a contender for the 5,000-kilometer-range Intercontinental Ballistic Missile (ICBM).

The current test comes at a time when India-China ties are at an all-time low, and after claims that China had successfully tested a new hypersonic missile in August.

The significance of Agni 5, global concerns about China's hypersonic missile, and the distinction between ICBM and new hypersonic technology are discussed.

Agni 5 is India's long-range surface-to-surface ballistic missile, capable of hitting a target 5,000 kilometers away with pinpoint accuracy. This range puts practically the entire Chinese mainland within range of the missile. Though an ICBM must have a range of at least 5,500 kilometers, India's closest candidate for an ICBM is the Agni 5, which can reach countries around the globe, including sections of Africa and Europe.

Though the government claims it has a maximum range of roughly 5,000 kilometers, other reports indicate it can hit targets as far away as 8,000 kilometers. The nuclear-capable missile has a launch weight of 50,000 kg and can carry a 1,500 kg warhead, making it one of the country's most powerful missiles.

India to prepare for the Fifth test of Agni-V may hit Northe...