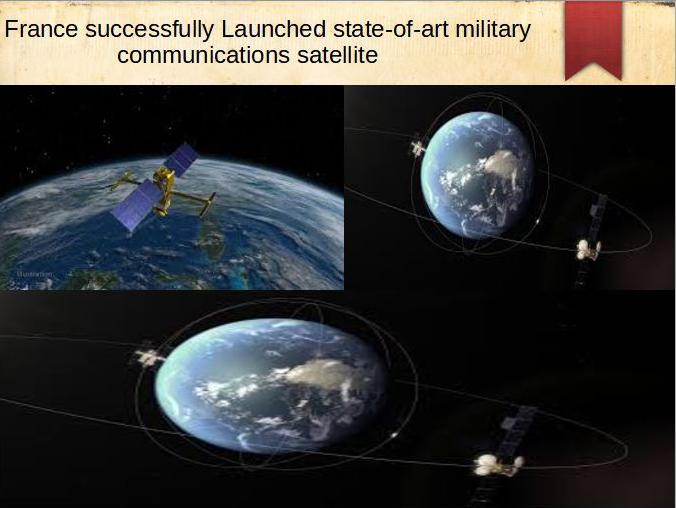 France has successfully launched a cutting-edge satellite into orbit, which will allow all of France's armed forces to communicate quickly and securely around the world.

In July 2019, Paris established a space force command, citing worries that competitor countries were spending substantially on space technology, which was considered as a new military frontier.

Colonel Stephane Spet, a spokesperson for the French air and space force, told AFP that the satellite is "built to resist military action from the ground and in space, as well as interference."

The Syracuse 4A satellite was launched by an Ariane 5 rocket from Kourou, French Guiana, late Saturday, and the mission was completed 38 minutes and 41 seconds later.

The satellite can scan its immediate surroundings and maneuver to avoid an assault.

Syracuse 4A will offer high resistance to extreme jamming methods because of its state-of-the-art equipment (anti-jamming antenna and digital transparent processor on board)," according to the mission description from launch provider Arianespace.

The satellite was also safeguarded against the electro-magnetic pulses that would occur from a nuclear explosion, according to Marc Finaud, a weapons proliferation expert at the Geneva Centre for Security Policy.

Russia is accused by the French government of bringing its intelligence-gathering satellite Olymp-K, also known as Louch, into close contact with the French-Italian military satellite Athena-Fidus in 2017, in what Defense Minister Florence Parly called "an act of espionage."

The office of French President Emmanuel Macron indicated in March that there had been other such events since then, but did not provide any details