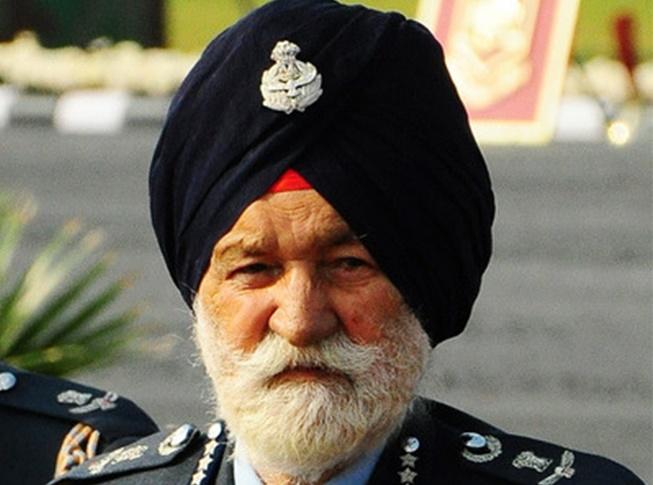 During the second world war, he fought with Japanese army in Barma from the side of British with meritorious courage and making glory in the history as a British-Army pilot officer.

Arjan Singh has great achievement in serving Indian Air Force as Chief of Staff during the Indo-Pak conflict in 1965.

Arjan Singh received Padam Vibhushan award for his glorious services to the country and leading Indian Air Force in the historic war against enemy country Pakistan.

On Arjan Singh 97th birthday, Panagarh Air Base in West Bengal named after him. He became the first person getting this achievement as a living person.

After retirement, Arjan Singh represents India as Ambassador in Switzerland. In 1989, he became Vice-Governor of Delhi.

In his glorious flying career, Arjan Singh handles 60 types of planes. He became a guide for Indian Air Force with his immense enthusiasm for the flight for the country.

The India Air Force is the air arm of the Indian armed force...

IAF Marshal Arjan Singh dies at 98 due to cardiac arrest

IAF Marshal Arjan Singh dies at 98 due to cardiac arrest at ...

» IAF Marshal Arjan Singh dies at 98 due to cardiac arrest