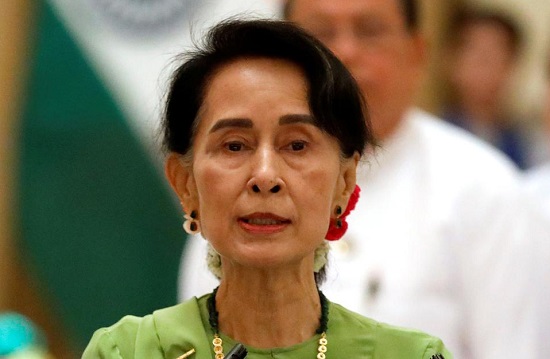 This honour was given to six people till now. Aang San Suu is the first such person to whom this citizenship was withdrawn.

The image of Aung San Suu Kyi has been badly damaged internationally due to silence on the atrocities of Myanmar's army against the Rohingya Muslim minorities.

More than seven lakh Rohingya Muslims have to flee to neighbouring Bangladesh due to the barbaric campaign of the army in Myanmar's Reston Province, where they are living in refugee camps.

Canada had termed the atrocities on Rohingyas as genocide last week.

In connection with withdrawing honorary citizenship from Aung San Suu Kyi was voted recently in both the Houses of Parliament. The decision was taken against them unanimously.

Myanmar leader Aung San Suu Kyi was given the Honorary Citizenship of Canada in the year 2007.