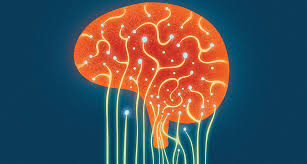 Scientists have found out how the brain assists our body in fighting against bacteria.

The brain administers our thinking and all the physical activities along with the responses of our body towards bacterial infections.

Brain boostens up the manufacturing of PCTRI which is a protective molecule in nature and helps the WBCs (White Blood Cells) attack the invading bacteria.

Most of the times the bacteria do not harm the body as the body develops a strong immunity system against it but when the immunity system or the body’s defense system gets weakened or failed due to number of reasons, it may lead to infection in the body.

In the most extreme cases, the invasion of harmful bacteria into our body can lead to sepsis which can further lead to death.

Penicillin was the first antibiotic to be built to tackle various types of bacterial infections.

Nervous System: Brain, structure of the brain, parts and their functions

The human brain- parts and functions  Brain: The ...

Types of Neuropathies and usage according to symptoms Perip...

Parts of a nervous system and its functions  The nervo...

Rapysn protein helps the brain and muscle cells to talk

» Rapysn protein helps the brain and muscle cells to talk