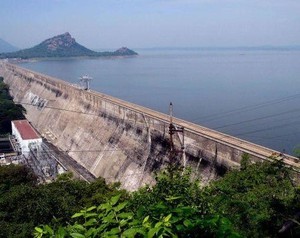 Cauvery (Water) comes into trouble when both states Karnataka and Tamilnadu starts building dams, in year 1910, on the river for benefits of their people coming in flow of the river.

A first ever controversial agreement comes in force for both parties in 1924 with a period to exist for land for next 50 years.

Cauvery (Kavery) Water has it’s meaning for vote politics for both states, making the dispute highly controversial in apex court of India.

Disputes over river water becomes extreme fierce in wake of late monsoon arrivals. Ever growing demand of Kavery river water from Tamilnadu worsen the situation to reach some conclusive stand.

Supreme Court of India and the Cauvery River Authority are two top bodies to handle disputes in wake of monsoon failures or any demand coming from ground from people of either state.

CMB appointed by Supreme Court submitted its report on cauve...