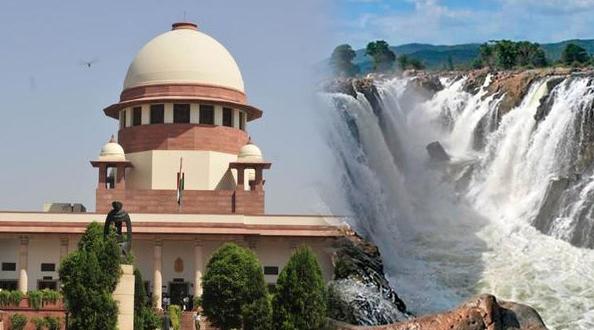 Supreme Court also modified Cauvery Water Disputes Tribunal (CWDT) award of 2007 and made it clear that it will not be extending the time for its implementation on any ground.

Supreme Court also escalated Karnataka’s share of Cauvery water by 14.75 tmcft saying that issue of drinking water of Southern Karnataka region has to be placed on a higher pedestal. At the same time, it reduced Tamil Nadu’s share, while compensating it by allowing extraction of 10 tmcft groundwater from river basin.

CMA will be a sole body to implement CWDT award as modified by Supreme Court. The Central Government will have no say in implementing of the scheme except for issuing administrative advisories to it.

Cauvery River rises on Brahmagiri Hill of Western Ghats in south-western Karnataka. It flows in the south-easterly direction through Karnataka and Tamil Nadu before emptying into the Bay of Bengal.

CMB appointed by Supreme Court submitted its report on cauve...