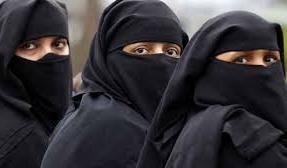 Central Government to stand with the issue of Triple Talaq issue in Supreme Court to protect the women rights.

Trple Talaq is against the fundamental rights of the women which states gender justice, non-discrimination and dignity of women.

Earlier, All India Muslim Personal Law Board has filed to Supreme Court and said that Triple Talaq and Nikah Halala are the matters of Legislative Policy and they cannot be inferred by the Government as it is a religious matter.

They also stated that issues on Marriage, divorce etc. is according to holy Quran and court cannot replace the text of Holy Scriptures.

The government is against Triple Talaq and Law Ministry stated that it is violated that by just saying Talaq-Talaq-Talaq divorce will not be done besides it is the court matter to solve this.

Several Islamic countries like Afghanistan, Iran, etc. and NGOs have either banned or restricted this practise of Triple Talaq.