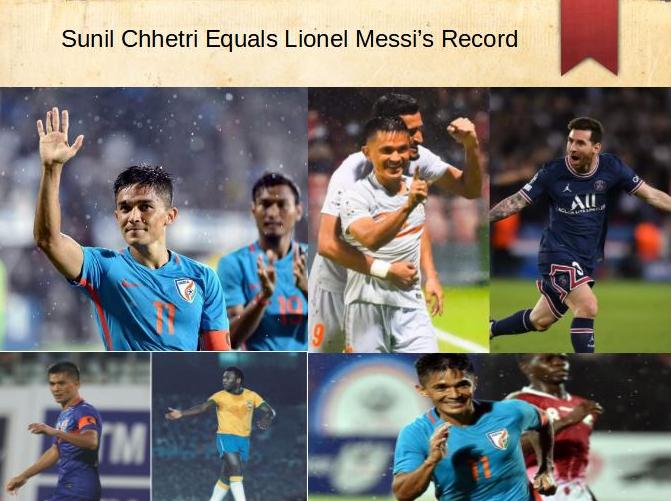 Sunil Chhetri, the captain of the Indian football team, made a significant achievement against Nepal in the final of the SAFF Championship. Chhetri's goal came in the 49th minute of the game. In addition, he tied Argentina's renowned footballer Lionel Messi's 80 international goals.

Cristiano Ronaldo, the top player of Portugal, currently holds the record for scoring the most international goals among active players (115 goals). Messi and Chhetri are tied for second place. Both have 80-80 worldwide objectives.

By beating Nepal 3-0, the Indian team won the trophy for the eighth time. For the first time, Nepal's squad made it to the final. In the second half, India scored via Chhetri, Suresh Singh, and Sahal Abdul Samad.

With a goal off Pritam Kotal from the right side, Chhetri gave India the lead. The Indians struck Nepal's defense again a minute later and demolished it. This goal was scored by Suresh. Manveer Singh came close to scoring in the 52nd minute, but the Nepalese goalie stopped his left-footed effort. In the 90th minute, Samad scored India's third goal.

» Hockey: Asian Champions Trophy 2018 at Muscat in Oman Winners are India and Pakistan