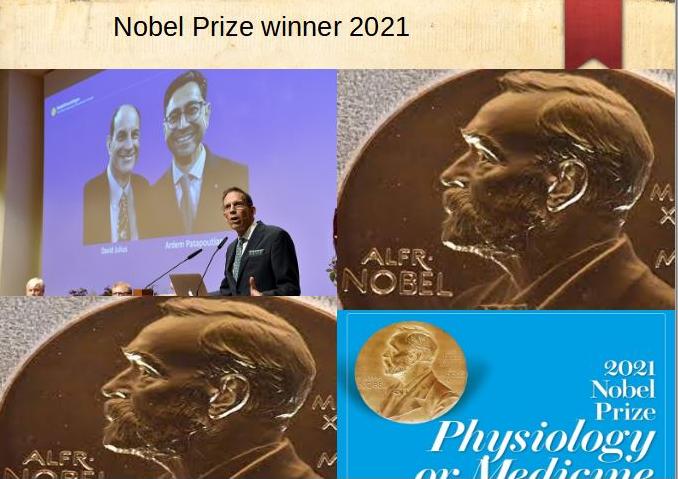 The Nobel Prize in Physiology or Medicine will be awarded in 2021 for discoveries in temperature and touch sensing.

David Julius and Ardem Patapoutian, both from the United States, have been awarded the Nobel Prize in Physiology or Medicine.

They were recognized for discovering temperature and touch sensors.

Julius, 65, employed capsaicin, the primary ingredient in chili peppers, to identify the nerve sensors that allow the skin to respond to heat, according to Patrik Ernfors of the Nobel Committee.

Separate pressure-sensitive sensors were discovered in cells that respond to mechanical stimulation, according to Patapoutian.

"This definitely unlocks one of nature's secrets," Perlmann added. "It's a very important and profound discovery since it's something that's necessary for human survival."

Last year's Nobel Prize in Medicine was awarded to three scientists who identified the liver-wreaking hepatitis C virus, a finding that led to therapies and tests to prevent the disease from spreading through blood banks.

The prize includes a gold medal and a cash prize of 10 million Swedish kronor (about $1.14 million). The award money originates from a legacy left by Alfred Nobel, the prize's originator, who died in 1895.

This is the first time the prize has been given out this year. The other awards include achievements in physics, chemistry, literature, peace, and economics.