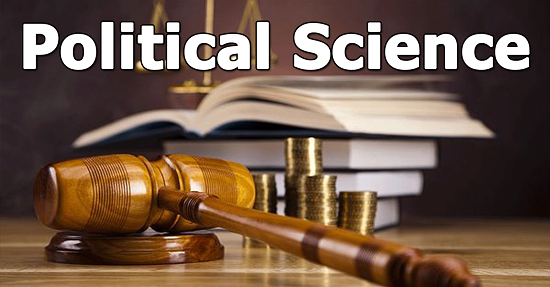 Political Science: Concept of power,  Hegemony, Ideology, and Legitimacy and The Continuity of Power Relations

In ancient time, social theorists have tried to define the questions which lack the economic power of the society for the hierarchies of social and political power. They have used philosophy, hegemony, and discourse as the main notion to explain the turbulence between the social production of knowledge and the continuity of power relations.

Power: Power is a multi-dimensional assumption. Power is linked to politics, rights, and wealth. The idea of power is that due to being able to influence the actions or decisions of others, the weather will be through the use of soft-power tactics or blatant force.

Hegemony: The concept of hegemony is especially difficult to count both in concrete political terms and in a less tangible philosophical manner. It is a state controlled by political, economic, or military provision or others.

Ideology: The ideology is attracting very much attention on this subject during the last half of the twentieth century. Ideology has been repeated in the form of an important theme of inquiry between social, personality, and political psychologists.

Legitimacy: In political science, legitimacy is the widespread acceptance of an authority, usually a governing law or a rule. Political legitimacy is considered to be a primary condition for governing, without which our government will suffer legislative impasse and collapse.