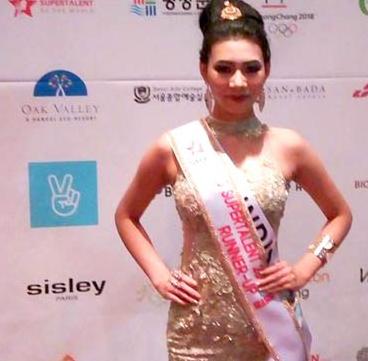 Nagaland beauty queen is also the brand ambassador of Tourism and Humanity.

After the announcement, people on social media have mixed reactions, some says that how a girl of young age can contest for elections.

Imlibenla Wati visualizes of introducing policies that would strengthen women economic involvement through entrepreneurship in building infrastructure and public health.

Imlibenla Wati became the first person to win the contest in National as well as International grounds.