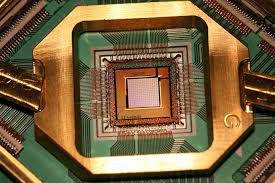 Google, Microsoft and a host of labs and start-ups are racing to turn scientific curiosities into working machines.

The concept of the new class of computers is to accomplish the most basic properties of energy and matter to speed calculations beyond what is possible with today’s digital systems.

Google initiated working on a form of quantum computing that harnesses superconductivity in 2014 and hopes to perform a computation that is beyond even the most powerful 'classical' computers.

‘Classical’ supercomputers are an elusive milestone known as quantum supremacy.

Google’s rival, Microsoft is speculating on an intriguing but unproven concept, topological quantum computing and hopes to carry out the first demonstration of the technology.

The goal of quantum computing shows a broader transition taking place at start-ups and academic research labs to move from pure science towards engineering.