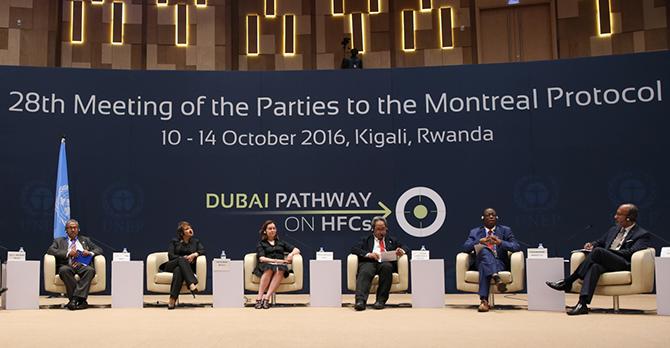 The Kigali Amendement is named after the place where the latest convention for the Montreal Protocol was held.

The Kigali Amendment targets the replacement of HFCs (Hydroflurocarbons) which are strong gasses.

The replacement of CFCs (Chlorofluorocarbons) with HFCs reduced the benefits that the Montreal Protocol originally offered.

The Kigali Amendment hopes to slowly phase out the use of HFCs with plant eco-friendly alternatives.

The work on Kigali amendment in India the is collaboration of many government research organizations.

HFO (Hydrofluoroolefins) and propane are two of the better alternatives to CFCs, HCFCs and HFCs.

The company Godrej has started the use of ozone friendly propane as a refrigerant.