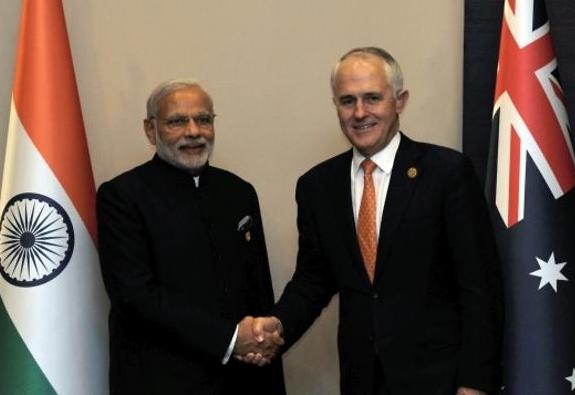 PM Modi on telephonic conversation with PM of Australia exchanged greetings on Diwali.

He will visit India for free trade agreement on a slow progress.

In the conversation, Pm also conveyed a sense of concern being felt in India of Mr. Manmeet Alisher who was an Indian and was killed in Australia.

PM Turnbull was shocked to know this and conveyed that investigations are already going on for this matter.

PM has already invited Turnbull in the G20 Summit in eastern Chinese city Hangzhou where Modi agreed at the meeting to hold more talks on trade ties with Australia, so he invited PM Turnbull to India in 2017.