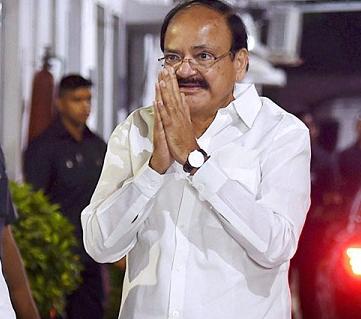 During the seven-day visit, VP Venkaiah Naidu will first reach Serbia where he will meet the leadership of that country.

Several MoUs including in the field of Agriculture and Tourism is expected to be signed during the Vice President's visit to these countries.

India Vice-President Venkaiah Naidu, in the second leg of his visit, will arrive in Malta on 16th September 2018, where he will meet the country's leadership and discuss issues of mutual interest. Growing economic linkages between the two sides will figure during the talks.

In the last and final leg of his visit, Vice President Venkaiah Naidu will reach Romania on 18th September 2018.

Inauguration of a memorial in honour of Indian soldiers in F...