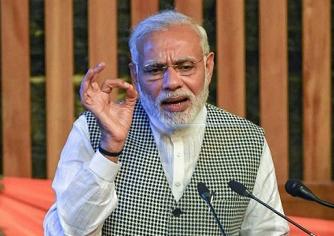 PM Narendra Modi on the launch event interacted with a cross-section of people from 18 locations across the country including school-children, jawans, spiritual leaders, members of milk and agricultural cooperatives, media persons, local government representatives, railway employees, Self Help Groups, and Swachhagrahis etc.

The Swachhata hi Seva Campaign 2018 leads the success of the 2017 campaign and will subside with the Mahatma Gandhi International Sanitation Convention (MGISC) from 29th September to 2nd October 2018, which will also mark the start of the 150th birth year celebrations of Mahatma Gandhi.

The Swachhata hi Seva Campaign 2018 main focus is to accelerate the momentum of Swachh Bharat in the run-up to its 4th anniversary, re-energise the Swachhta Abhiyaan and lay down the foundation of sustainability, reinforce the concept of “Sanitation as everyone’s business” and commence Mahatma Gandhi’s 150th birth year celebrations with a nationwide campaign.

The Swachhata hi Seva Campaign 2018 also aimed at generating greater public participation towards Swachhta. The key objectives of the campaign is to mobilise people and reinforce the public movement for sanitation to contribute to Mahatma Gandhi’s dream of a Clean India.