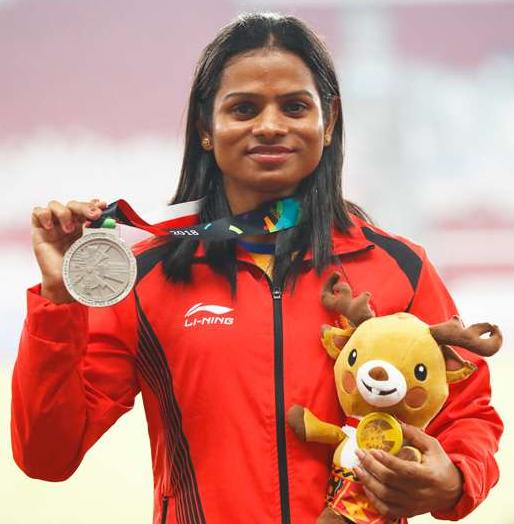 The book is named “Story so far”. It would be released in 2019 and would be published by Westland Books.

The book “Story so far” will narrate the hardships and controversies Dutee Chand has come across and how she has emerged as a rising star.

Dutee Chand clinched a Silver Medal each in the women's 100m and 200m in her first Asian Games. She crossed the finishing line of the 200m final in 23.20 seconds.

Dutee Chand is the winner of several State, National and International Championships.

Dutee Chand is working as Ticket Collector in Central Railway Station in Mumbai since 2014.

Dutee Chand became a National level champion in the under-18 category after in 100 meters event. Dutee Chand makes a record of 100 meters in 11.8 seconds.