Paytm charges 1% of amount to transfer money in bank accounts 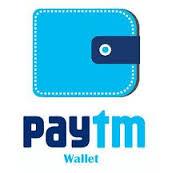 The officials of Paytm stated that people can transfer the amount in Paytm wallet to their bank account and for this 1% charge is to be deducted.

The users who have not filled the KYC would be provided 3 days waiting period and after this period they can transfer the amount in banks.

The users who filled KYC can transfer the amount immediately but not less than Rs.100.

Paytm has taken this decision to attract more customers and businessman to make payments through Paytm.

Paytm launches new feature where the merchants or traders ca...

Paytm turns up with app password for safety of Patym Wallet ...