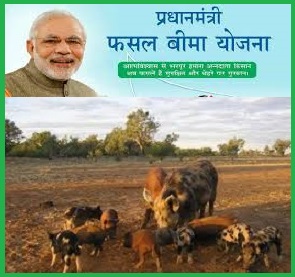 Under it, Damages due to individual fields due to incidents of localized disasters like water logging, land slide, cloud bursts, hailstorms and fire too are brought under PMFBY scheme. Besides, insurances firms will also have to spend 0.5% of their earnings from annual premium to advertise provisions of the scheme.

PMFBY scheme aims to reduce the premium burden on farmers and ensure the early settlement of crop assurance claim for the full insured sum.

If an insurance company delays the payment of a farmer's cla...