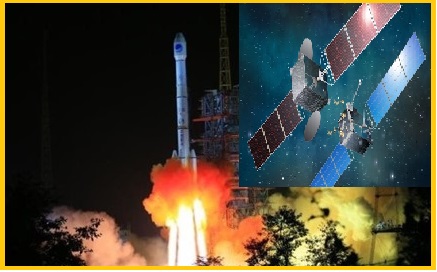 It was launched on a Long March-3B carrier rocket, it is the 41st of the BeiDou navigation system, and will work with 16 other Beidou-3 satellites already exist in orbit.

This is the first BeiDou-3 satellite in high orbit, nearly 36,000 km above the Earth. It will follow the Earth’s rotation, in a geostationary orbit, and will view the same point on Earth continuously.

The satellite will serve countries in the China-proposed Belt and Road Initiative (BRI).

As per the report, China will also launch another two satellites into space by the end of 2018.