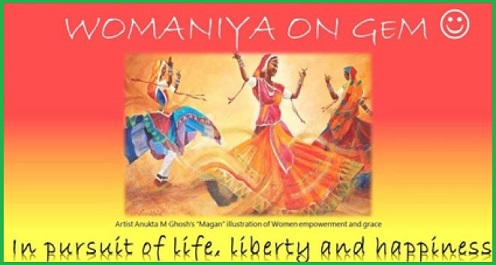 A 3-minute video highlighting benefits of the Womaniya initiative was launched by CEO GeM, S Radha Chauhan, whereby she explained the following:

Nearly 80 percent women-owned establishments are self-financed,
More than 60 percent of 8 million units are owned and/or led by women entrepreneurs from socially-challenged sections of the society,
Empowering the women entrepreneurs is a step in the direction of poverty alleviation.

Artist Anukta M Ghosh’s artwork “Magan”, an illustration of women empowerment and grace, is the face of Womaniya on GeM.

The initiative aligns with Government’s initiatives for MSMEs, especially to reserve 3 percent in government procurement from women entrepreneurs.

This initiative will also address goals and objectives under the United Nations Sustainable Development Goal 5: Achieve gender equality and empower all women and girls.

About GeM: It is a 100 percent government-owned company set up under the aegis of Ministry of Commerce and Industry.

National Medical Devices Promotion Council to be set up under DIPP.

Union Minister of Commerce and Industry and civil aviation S...

» National Medical Devices Promotion Council to be set up under DIPP.