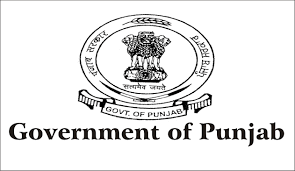 In a significant move to promote the ease of doing business in Punjab, the Punjab state government has launched a "Business First Portal" on 7th June 2018 in Jalandhar.

The Business First Portal was launched by Punjab Government's Industry Minister, Sunder Sham Arora at an event in Jalandhar. It has shown the participation of serval industrialist and policymakers.

The Business First Portal is  the online portal that will facilitate the industrialists for Regulatory Clearances and Fiscal Approvals, real-time tracking of applications at a common platform.

Industry Minister, Sunder Sham Arora on the occasion said that the Punjab government has decided to accelerate economic growth by providing liberal incentives to the entrepreneurs under new Industrial Policy, which would be implemented soon.

Industry Minister also informed that the Punjab government is committed to ensuring 100 percent VAT refund to industrialists by the end of this year.

The entire VAT refund would be given to the industrialists by releasing installment worth Rs 300 crore to them after every two months,