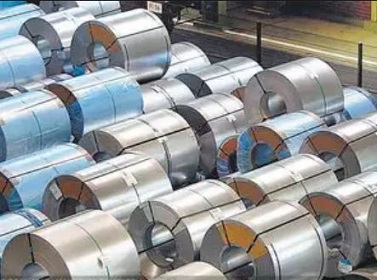 China at present is the largest producer of crude steel accounting for more than 51 percent of production, as per the latest report by the World Steel Association.

Steel contributes two percent of India's national income. The targeted steel build-up capacity in the country is likely to reach 300 million tons by 2030, aligned with the target of National Steel Policy 2017.

This rise in India’s crude steel production in 2018 means that India has replaced Japan as the world's second-largest steel producing country, as Japan produced 104.3 MT in 2018, which is down by 0.3 percent as compared to 2017.

Steel Ministry will accord first-ever awards to secondary steel sector

Steel Ministry will accord first-ever awards to Secondary St...

NITI Aayog has set up a new steel policy scheme to boost $10...

» MSP Hike for Copra by more than Rs 2000 per quintal for 2019 season Approved: Updates