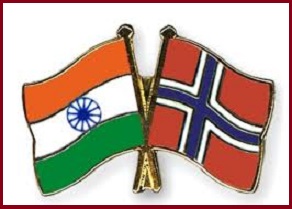 India signed a letter of intent with Norway to fight marine pollution on Monday, 12 Feb 2019 and establishes the India-Norway Marine Pollution Initiative.
Ministry of Environment, Forests and Climate Change (MoEFCC) signed the letter establishing the initiative with the Norwegian Ministry of Foreign Affairs.

A statement from the Economic Advisory Council to the Prime Minister (EAC-PM)revealed that this is the first joint initiative under this partnership and India-Norway Marine Pollution will fight the fastest growing environmental concern, which is marine pollution.

In January 2019, during the Norwegian Prime Minister’s visit to India, India, and Norway had signed a MoU and established the India-Norway Ocean Dialogue, in order to work more closely on oceans.

India and Norway Signed MoU To Extend Cooperation In Health ...

India and Norway Signed a Letter of intent with Norway ...