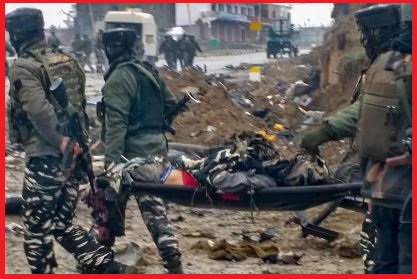 The Defence Research and Development Organisation (DRDO) laboratory has developed a range of life-saving combat casualty drugs that can extend the golden hour until the trooper is shifted to the hospital.

This range of combat casualty drugs can bring down the death toll during instances like the recent Pulwama Terrorist Attack.

The spectrum includes bleeding wound sealants, super absorptive dressings, and glycerinated salines, all of which can save lives in the event of warfare in the jungle and high altitude areas as well as in terror attacks.

These medicines ensure that soldiers do not suffer from unwanted blood loss while being taken to better healthcare from war zones.

Glycerated saline, a battlefield intravenous fluid that does not freeze till -18 degrees Celsius and is useful in handling trauma cases in high altitude areas.

Glycerated saline has life-saving capacities as it gives more time to the medical personnel to shift the wounded patient to a higher care facility.

This range of casualty drugs are aimed at enhancing the chances of survival and minimum disability by providing effective first aid care is given within the golden hour.