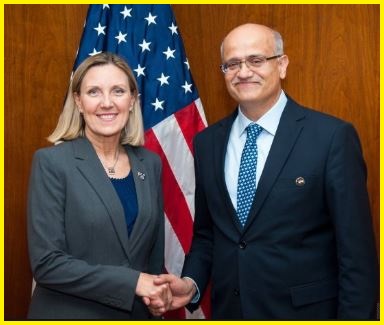 India and the United States have agreed to build Six American nuclear power plants in India, in an effort to leverage bilateral civil nuclear energy cooperation.

India and the U.S made the announcement through a joint statement issued at the conclusion of the 9th round of India-US Strategic Security Dialogue, held in Washington DC in March 2019.

Notably, China has blocked India's pending membership to the elite grouping that seeks to prevent the proliferation of nuclear weapons.

Earlier, India and the US had signed a historic agreement to cooperate in the civil nuclear energy sector in October 2008. The deal gave a boost to bilateral ties, which have been on an upswing since.