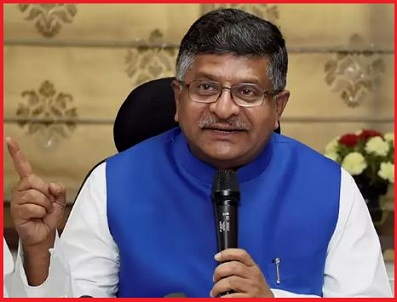 Ravi Shankar Prasad is a senior lawyer in the Supreme Court of India since the year 2000 and a politician in the Bhartiya Janta Party (BJP).

Ravi Shankar Prasad at present is the Union Minister of Communications and Information Technology in the NDA Government. He is also holding the portfolio-Minister of Law and Justice in the same Modi regime.

During Atal Bihari Vajpayee’s period too, Ravi Shankar Prasad was in charge of three ministries viz Ministry of Information and Broadcasting, Ministry of Law and Justice, and Ministry of Coal and Mines (MoS).

Ravi Shankar Prasad is a member of the BJP and represents the state of Bihar as a Member of Parliament in the Rajya Sabha.

Ravi Shankar Prasad is married to Maya Shanker and has one son and one daughter.

IT Ministry launches Centre of Excellence for Data Analytics 'CEDA'

India & UK signed MoU on Cooperation in the field of Law...

» IT Ministry launches Centre of Excellence for Data Analytics 'CEDA'