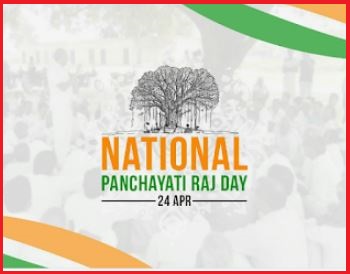 The passage of 73rd Amendment Act is hailed as a defining moment in the history of democratic India as it permits states to take steps to organize village panchayats and provide them with necessary powers and authority necessary to facilitate them to function as units of self-government.

National Panchayati Raj Day first was celebrated in 2010. The enactment of the 73rd Amendment Act had led a defining moment in the history of India which helped in the decentralization of political power to the grassroots level. In turn, it had led to the institutionalization of Panchayati Raj (PR) through the village, Intermediate and District level Panchayats.

The 73rd Amendment 1992 added a new Part IX to the constitution titled “The Panchayats” covering provisions from Article 243 to 243(O); and a new Eleventh Schedule covering 29 subjects within the functions of the Panchayats.

The 73rd Amendment 1992 implemented article 40 of DPSP which says that “State shall take steps to organize village panchayats and endow them with such powers and authority as may be necessary to enable them to function as units of self-government.”