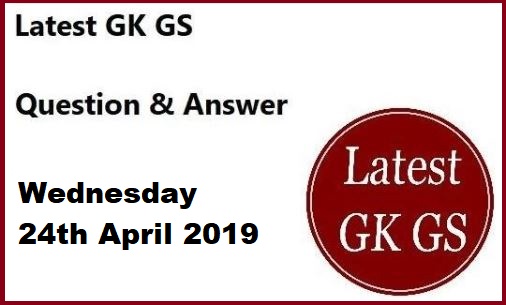 1. When National Panchayati Raj Day is celebrated in India?

2. Naval Exercise Varuna 2019 will be conducted between which countries?

4. Which Indian Navy ships are participating in the International Fleet Review (IFR-2019)

5. Which neighboring countries will establish a joint Border Reaction Force?

6.  Which Indian Ministry and CSIR signed an MoU for cooperation in R&D in Traditional Medicines

7. Which award was conferred on All India Radio, Publication Division & Children's Film Society of India?

8. Asia Badminton Championship- 2019 is taking place in which Asian country?

9. When World Book and Copyright Day is celebrated?

10. What did NASA find in its study to Mercury?