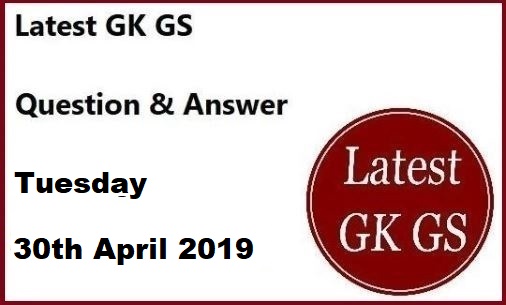 1. When is the Ayushman Bharat Diwas Celebrations in India?

2.  What is the name of the world's first floating nuclear power plant situated in Russia?

4.  What is the percentage of votes cast in the 4 phase of Lok Sabha Elections 2019 for 72 constituencies?

7. Who is appointed as new Vice Chief of Air Staff?

10. When is the Labor Day celebrated?

11. What is the name of the former India footballer who died at 80 years on 29th April 2019?
Ans:- P. Kannan
12. Who became the first Indian woman scientist to be awarded Fellowship of the Royal Society (FRS), United Kingdom?
Ans:- Gagandeep Kang