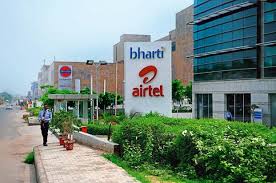 After the extension of Jio’s Welcome offer Bharti Airtel has launched its free calling schemes along with data benefits.

The pack of Rs.345 provides the customers for free voice calling both local and STD in any network in India along with 1GB of 4G data.

Extra 500 MB is also provided to those who are ideally suited for Web Surfing and accessing social medial platforms.

The other pack of Rs.145 provides Airtel customers for unlimited calls in India only to the Airtel users and 300 MB of 4G smartphones and additional 50 MB for basic mobile phones.

The customers in Kerala will avail the benefits on 2G/4G network.

Aircel has also announced free talktime and data packs for their Aircel customers.

Idea and Vodafone merged into a single company with the same...

Department of Telecom Approved Merger of Telenor India with ...

Airtel to provide free talktime for every single rupee depos...

» Jio MNP: Customers can migrate their numbers in Jio portability