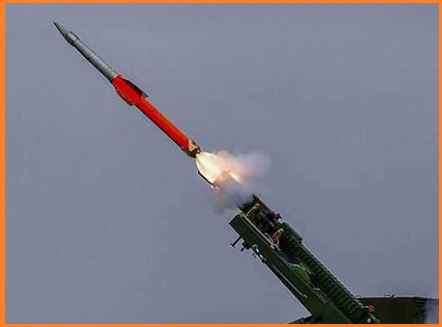 The systems of QRSAM are equipped with indigenously developed technology Data Link and RF seeker. that will help the Indian Navy in Inertial Navigation System.

Quick Reaction Surface to Air Missile (QRSAM), with a strike range of 25 km, is being developed by the DRDO for the Indian Army.

ORSAM is all-terrain and all-weather missile with electronic counter-measures against jamming by enemy aircraft can be mounted on a truck and stored in a canister.

QRSAM missile can be rotated 360 degrees while on the way to its target.