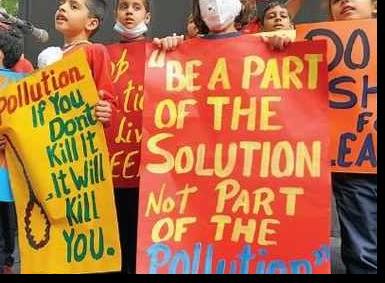 A report in the World Health Organization reveals that in India, 110,000 children died in the year 2016.

According to the report, the death of these children is related to the continuous poisonous air of India.

Not only this, India has left behind the entire world in terms of the death of children under five years of age.

Actually, the reason for the death of these children is PM 2.5, which is growing rapidly due to air pollution.

In a report released on Monday, World Health Organization said that 98% of children under the age of five in the low and middle-income groups, including India, were victims of air pollution generated by micro-particles (PM) in 2016.

WHO revealed this in its report 'Air Pollution and Child Health: Recipe for Clean Air'.

It says that 60,987 children under five years of age were killed due to PM 2.5. It is the highest in the world.

There is another number in Nigeria where 47674 children died. In Pakistan, 21,136 children are polluted.

At this age, the mortality rate is 50.8 on 1 million children.

Combining children of all ages, this year, air pollution has killed one lakh children.

According to the report, due to air pollution inside the house due to cooking and air pollution outside the home, the health of the children is severely damaged in low and middle-income countries like India in India.

It has been said in the report that about 20 lakh people died in India due to pollution which is 25 per cent of the entire world.

New Delhi: Delhi government launches the campaign against an...