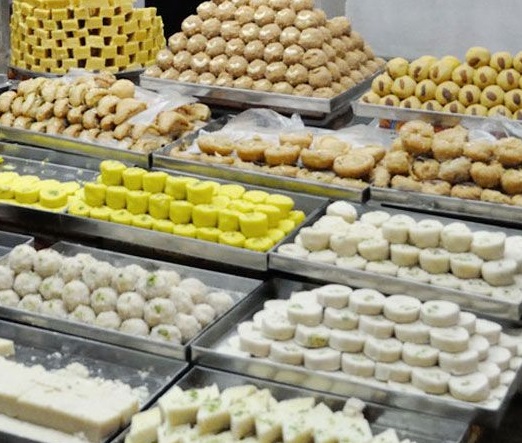 New Delhi, Oct 23 (Bharat): The Delhi government has started a special campaign to ban fake sweets in the city during the festival season.

The Food Safety Department of Delhi Government has recently issued an order asking the Food and Civil Supplies Officers (FSOs) to run a campaign against counterfeit food items in their jurisdiction.

He has also been asked to collect samples of mawa, mawa and other items made from milk in the jurisdiction of his districts.

An official said that the purpose of this campaign is to monitor the sweetness being sold in the national capital and rein in the people of the fake food business. He takes strict action will be taken against people engaged in such activities.  "The team of the department will take samples from the sweet shops and send them for examination."

Due to the festive season, the health department will be closely monitored on these fake and mammal-quality sweets coming in the state.

Those who do so may be fined up to Rs 5 lakh and up to 6 months sentence.

» Maharashtra Government Plans To Get Liquor Delivered To Homes