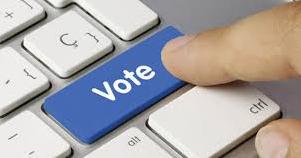 The Government of India has started a new campaign e-portal ballot named e-voting so that the citizens of India including the armed forces can cast their vote.

A blank ballot paper will be transmitted to them to reduce the delay in two-way transmission of ballot paper by the postal services.

The soldiers will be greatly benefited from this portal because the present system of two-way transmission of ballot services does not meet the expectations of service voters.

The government has also amended Rule 23 of the conduct of Election Rules, 1961

The Armed Forces Personnel and their families will have the right to vote easily and effectively.

The technical team of Election Commission has developed a system where the postal ballot can be transmitted to them.

They can simply download the ballot form and can take the printout.